The fact that ‘W’ takes 3 syllables to say bothers me. Even Wikipedia’s entry on ‘W’ points out, twice, that the abbreviation www requires nine syllables to say. Crazy. So I wondered, how often is it the case that words that start with W (hereafter W-words) have fewer syllables than the letter W (double-yew)?

Syllabification in general is a hard problem in English, but fortunately I don’t have to solve it. The Carnegie Mellon University (CMU) Pronouncing Dictionary provides the pronunciations for over 125,000 words. I say pronunciations, plural, because words can be pronounced in a variety of different ways (e.g. fire can be pronounced to rhyme with higher, or in a single syllable. Only 41 W-words in the CMU dict have pronunciations with different numbers of syllables (e.g. warrior). Using the CMU Pronouncing Dictionary, it’s possible to count syllables in a word in a short (if cryptic) Python function, courtesy of Jordan Boyd-Graber — I found it on the nltk-users google group:

So, now that we’ve got a syllable counter, let’s get all the W-words in the CMU dictionary, and see what the syllable distribution looks like. 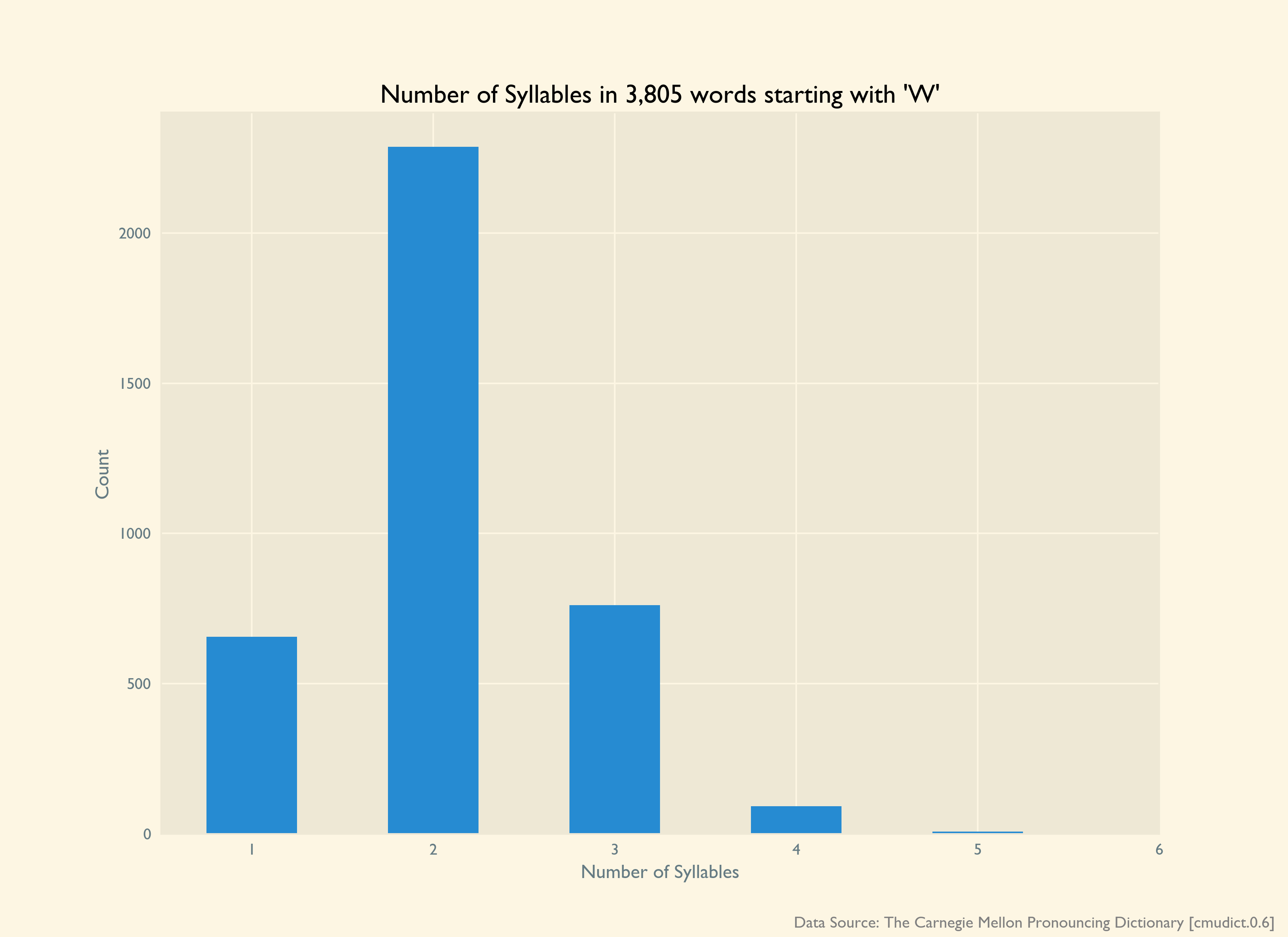 Only 101 W-words in the CMU dictionary (of 3,805 total W-words) have more than 3 syllables. That’s 2.6%. Here’s a sampling of the words where using W to abbreviate them actually saves syllables: wagnerian, wallpapering, washingtonians, weatherperson, workaholic. So, by all means, call a meeting of the Wagnerian Wallpapering Workaholic Weatherperson Washingtonians the WWWWW. It will save time. Otherwise, consider not using an abbreviation. Or looking for synonyms.